It was just like QI – There I was, updating my website, happily increasing the amount of information that I have in the ‘History of animation’ section when I wanted to link back to my section about ‘persistence of vision’, one of the processes I believed to be responsible for animation, and indeed, the whole process of cinematography, to work. It was then a loud klaxon started to sound around me…

Well not exactly but it should have done. Part of the working of a praxinoscope had made me wonder about the way in which ‘persistence of vision’ worked. Did it need that moment of blank screen that a projector gate caused? How did that relate to the timing of the frames? What happens in digital images?

It was about then that I found myself in ‘can of worms’ soup. (Well, it was my own fault, I opened it. If only that certain brand didn’t make it sound so tempting… I digress… No, I didn’t say digest – egh!)

Persistence of vision is a myth! Well at least its contribution to our perception of movement is. How could I have missed this? It revealed itself to me in an article penned by Joseph and Barbara Anderson, an angry article in fact. Although I found some of their piece unclear, mainly I think because of their frustration at the time of writing, the gist of what they were saying was: Why has this misunderstanding of the physics and biology involved still persisted (pardon the pun) when it is clearly out dated and quite frankly wrong?

I think the answer to that lies in several veins (mainly Dracula’s, 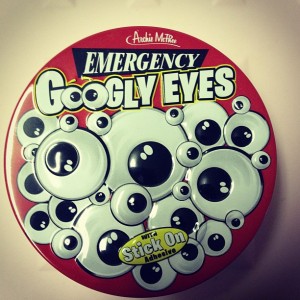 as it seems to be very unwilling to lay down and die). The first is the fact that we are comfortable with it. It is a quick win and it is easy to get your head around, taking very little thought. And that, of course is where it wins again – why question it? Yet, when you do it clearly doesn’t stand up to much inspection. You can understand that it may make the bird fit in the cage as in the old thaumatropes but to give the impression of movement?  Surely the brain is somehow ‘filling in the gaps’? The third reason for the ‘persistence’ to persist is the difficultly with which people have in trying to give the correct explanation of what is happening. I found the article I read to be quite confusing in the way it was putting the information over (For scientists, the Andersons seem quite emotional in their writing). Also, since most of this science is still theory (even though it is well-considered and has a lot more supporting and compelling evidence than its predecessor), the elusive final conclusion is still to be drawn.

The main idea seems to be that the brain does take a major role in any perception of movement. Noting:

our brain registers the possibility of movement. It then counters that with information about our own eye and body movements to ensure that it is the movement of external objects we are observing not the visual effect caused by our own motion. Finally, with the bonus of supporting evidence such as sound, we are provided with the conclusion movement has been viewed.

Clearly, the system can be fooled or we would have nothing to watch with our popcorn. The very fact that animation and film frames work help to confirm that this explanation of vision is possible. If you consider the process, the brain is comparing the change in snapshots of vision with time to perceive movement, working in the same way as frame rate. If the movement is too slow then it doesn’t register as movement and the faster the change the more rapid we consider the movement to be.

If you are interested in finding out more, I found this article, with its demonstrations, helpful:

I will certainly be investigating further and am happy to hear from others with similar interests or any scientists that can offer more explanations. Always interested in a different point of view. 😉

NB: Thanks to Dan Catchpole on Flickr for the photo

What’s going on in the world?
Hallowe’en Happenings…